The Baby Website has found that Grizzly Tales is unsuitable for, well, ...... babies.

Their 10 most unsuitable TV shows for under-sevens are:

Well I'm only a little more scarey than Hannah Montana then!!!!!

BACK FROM THE GRAVE

The multi award winning animated series Grizzly Tales has been re invented for Nickelodeon UK. The 26 new ten minute episodes are based on the recent series of books written by Jamie Rix and published by Orion. The new series is to be broadcast from Aprill 2011, following the success of the re runs of the 79 original episodes in 2010.

The original six series ran from 2000 to 2006 on ITV1 and Grizzly Tales was consistently one of the highest rated children’s animation shows on the channel with the special episode, A Grizzly New Year’s Tale hitting No 2 in the Broadcast kids chart.

The BAFTA nominated show picked up many awards including Animated Series and Children’s Choice at the British Animation Awards, and Children’s Animated series at Cartoons on the Bay. The original book, Grizzly Tales for Gruesome Kids, was a Smarties prize winner.

The latest offering from Orion, A Grizzly Dozen, is out now.

I've got a new job. Night Night Porter at the famous Hot Hell Darkness. Readers of the books will be excited to hear that when I comeback to TV, I'll have ditched the Squeam Screen in favour of this No Star establishment.

Could there soon be a new series of Grizzly Tales on UK TV? With over 20 stories from the recent series of books yet to be animated, we are pretty sure it won't be long before it's back. Watch this space.
Posted by Uncle Grizzly at 13:09 No comments:

The next Grizzly offering from Orion is A Grizzly Dozen. Twelve of the best tales from the first books in the Grizzly Tales series by Jamie Rix.

Orion describes them as, "Twelve rude, anarchic tales of grizzliness for fans of Roald Dahl and lovers of squeam!
Twelve caustic cautionary tales about wicked and wilful children and the dastardly deeds they do. A GRIZZLY DOZEN comprises the entire contents of books 1 (NASTY LITTLE BEASTS) and 2 (GRUESOME GROWN-UPS) of the popular GRIZZLY TALES series."
Posted by Uncle Grizzly at 11:18 No comments: 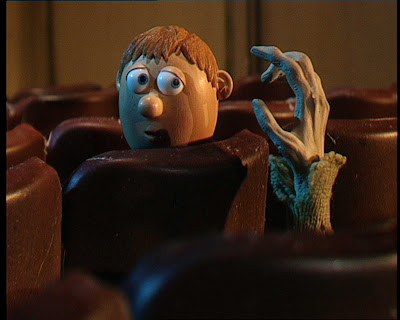 Posted by Uncle Grizzly at 10:18 No comments: 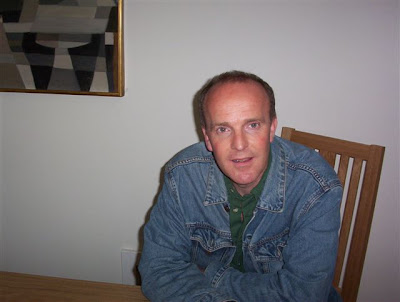 Congratulations to Jamie on winning a BAFTA for best children's series for Revenge Files of Alistair Fury. For all the latest information on Grizzly Tales and all Jamie's other books, have a look at jamierix.co.uk or jamierix.com
Posted by Uncle Grizzly at 09:06 No comments: