It makes you sick 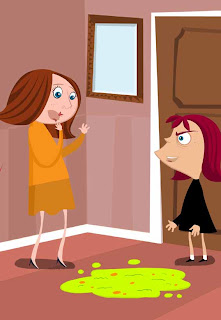 Check in to the Hot-Hell 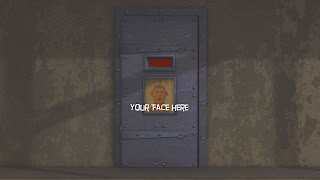 You are invited to check in to the Hot-Hell Darkness from April on Nicktoons and Nickelodeon UK.
You have been warned!
Posted by Uncle Grizzly at 04:37 1 comment: 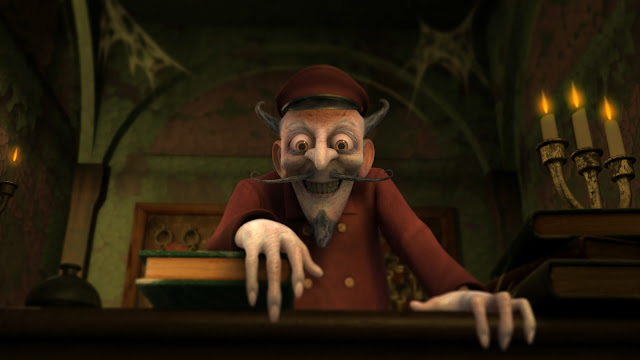 Nigel Planer (Vorgenson, from Dr Who Live) returns in April with stories from the past, stories from the present and stories from future. Featuring weevils, super heroes and the end of the world, this is a re-imagining of the original long running children's series.
Yes! After last year's huge ratings success of the original show's transfer from CITV to Nicktoons, Grizzly Tales is back for 26 brand new episodes.
Based on the best-selling series of books by Jamie Rix, Grizzly Tales for Gruesome Kids has been renamed and reinvented for a modern audience with even more twisted, dark stories to delight children everywhere.
In the tradition of Belloc, Struwlpeter and Grimm, these cautionary tales are narrated by Nigel Planer as The Night Porter, the shadowy figure who presides over the Hothell Darkness, a guest house in the bowels of the earth, where all naughty children end up and receive their comeuppance… for eternity.
Each tale reveals the heinous crimes of bad boys and girls and revels in their gruesome punishments. These funny stories inhabit a simple world of good and evil in which ghouls, ghosts, and giant spiders take their gory revenge.
Children who love to laugh in the face of fear will adore the vile horrors and comic twists of this new series for Nickelodeon. No less than you would expect from a multi-award winning show that promises cautionary tales for lovers of squeam!
Grizzly Tales – Cautionary Tales for Lovers of Squeam
Narrated by Nigel Planer
Written, co-directed and co- produced by Jamie Rix
Co-directed and co-produced by Sara & Simon Bor
A Grizzly TV production for Nickelodeon UK
Distributed through ITV Global Entertainment
Posted by Uncle Grizzly at 06:38 No comments: