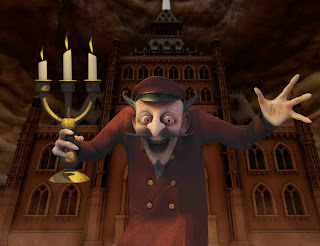 Nigel Planer will be at the Hilton Park Lane for the annual Children's BAFTA awards tomorrow. The former Young One and star of stage, screen and TV is nominated for his first BAFTA, in the performance category, for his work on Nickelodeon's Grizzly Tales.

This is the seventh BAFTA nomination for Grizzly Tales, which has collected silverware from The British Animation Awards, Cartoons on the Bay and The Broadcast Awards, but has so far failed to convert a BAFTA nomination into a gong.

Nigel is up against stiff opposition including 15 year old Khalil Madovi, a Manchester Grammar School pupil, who plays Josh Carter in the 4 O'Clock Club on CBBC.

Grizzly Tales continues it's run on NickToons in UK and Eire. 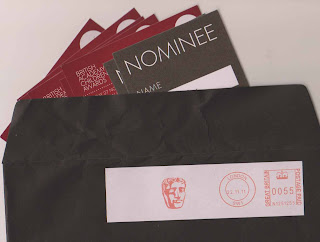 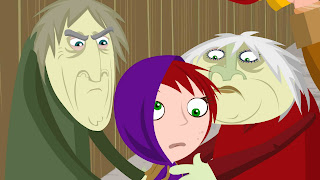 New episodes of Grizzly Tales on NickToons for UK and Eire at 5.30pm  Classic episodes continue at 10pm.
Posted by Uncle Grizzly at 01:40 No comments: