The BBFC has passed Grizzly Tales for Gruesome Kids: Nuclear Wart with a "U" certificate. Comments include that the DVD is uncut and that it "contains mild slapstick violence and rude behaviour."

The DVD is on the Abbey Home Entertainment label and will be released on 30th September
Posted by Uncle Grizzly at 12:29 No comments: 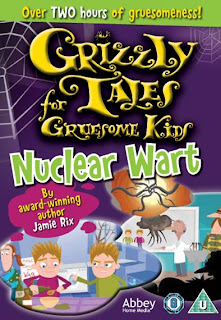 AMAZON
PLAY
ZAVVI
Posted by Uncle Grizzly at 03:25 No comments: