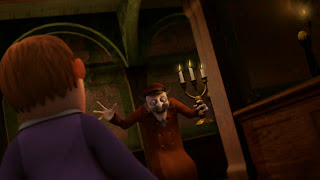 Welcome to the Hot Hell Darkness.  The new series of Grizzly is launched at MIPCOM JR. 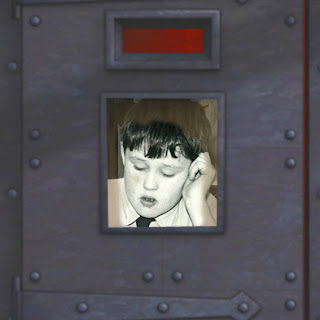 I've heard on the grapevine, that the new Grizzly Tales series is in Post Production. The first 13 episodes will be delivered to Nickleodeon and ITV Global Entertainment this week. A further 13 are still at the animation stage.

Hope you are enjoying Grizzly on Nickelodeon and Nicktoons. They are showing series 1 and 2 at the moment.

Bad news though. I didn't get that job at the Hot Hell Darkness. It's gone to my half brother (on my mother's side), The Night Night Porter, so I'm staying back here in the Squeam Screen, while he is currently filming brand new episodes of our favourite TV series. It's just not fair, I just get to see the old shows while he locks up all the bad children in the world. And as you know, THAT'S EVERY CHILD, they are ALL BAD.