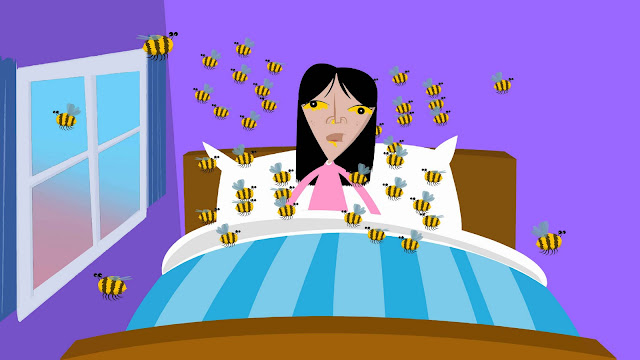 My favourite episode of Grizzly Tales is A Spelling Bee, because the image of a child sitting up in bed with a swarm of bees buzzing in and out of her ears, mouth and nose, using her head as a hive, is the most chilling I have ever created
Jamie Rix  Writer, Co Director / Producer 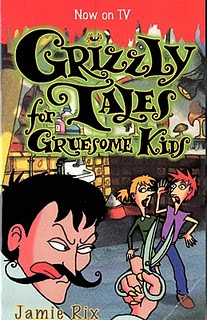 Sara's Favourite
The Barber of Civil, because it's dark and was the first storyboard I did.
Simon's Favourite
For me, my favourite tale from the original series was "The Revenge of the Bogeyman".  It's not the most gruesome tale by any means, but it was the first really yucky one. The new series ups the yuck factor big time, with vomit and farts, but we got there  in the first with snot  and it won us Best Children's Series AND more importantly, Children's Choice at the British Animation Awards. 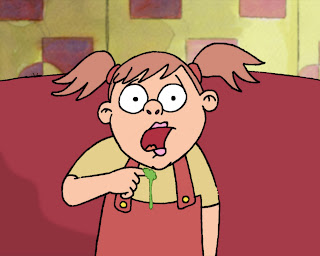 
Gareth's Favourite
My favourite episode is also The Revenge Of The Bogeyman. Firstly because I storyboarded it and it won two British Animation Awards - Woo Hoo! Secondly because the methods we used to create the 'interior' shots were great fun to do and worked really nicely and lastly because everyone at some stage in there life has picked it, licked it, rolled and flicked it!...Gruesome!
Tom's Favourite
Trying to pick which is my favourite episode Grizzly Tales, is like asking an dastardly scientist which of his monstrous creations is he likes best. It would have to choose Sick To Death from the new series, because, although I’ve always been a fan, this was my first time working on the show and therefore a little bit special.
What makes this episode so memorable, is the sheer ickiness of it.
(More from Tom after transmission as there's a spoiler here) Uncle Grizzly 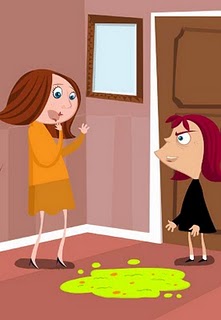