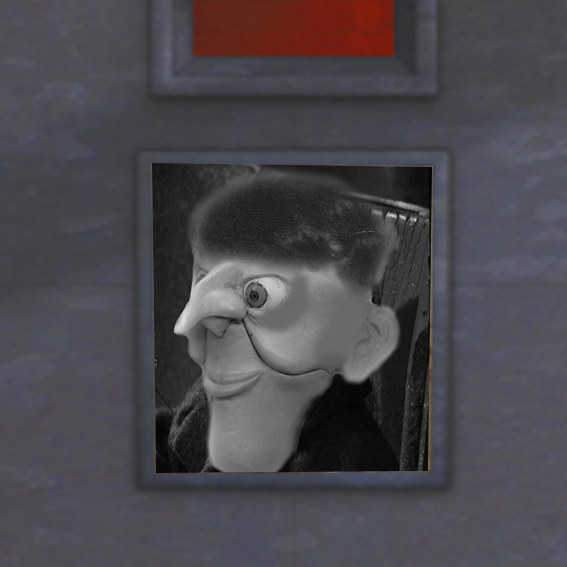 Uncle Grizzly   Storyteller Series 1-6
Well here they are. A bunch of gruesomes, who have helped bring my stories to life over the past eleven years. 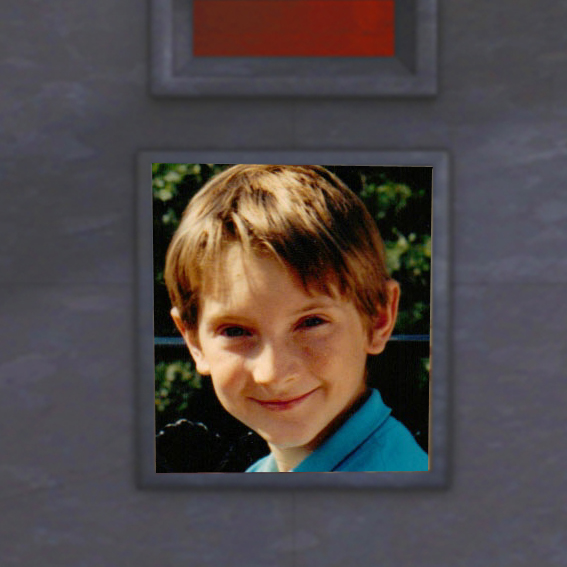 Chris Bowles       Animator       Series 5 & 6 and the New Series
The body count across the tales must be pretty high already, and with this new series I think we might be moving into triple figures by the last episode!
When I was a boy we didn't have Grizzly Tales to caution us of the things that happen to naughty children, so it's really quite amazing that I survived to be old enough to work on it. These days, the only gruesome thing to be scared of is when the tax-man cometh. 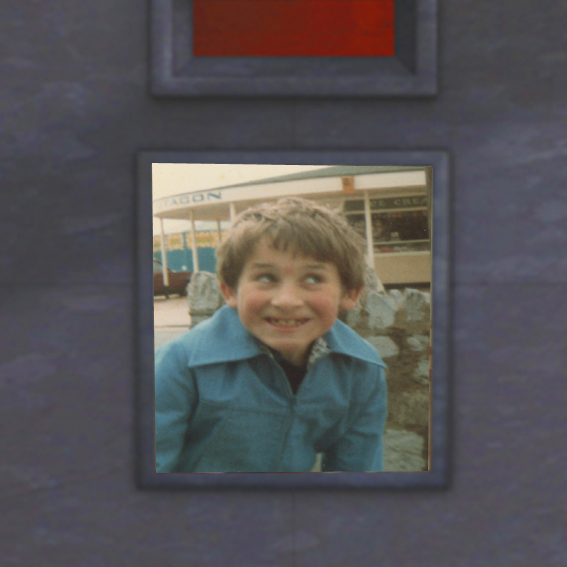 Gareth Conway  Layouts, co-ordinator, animator Series 1-6 & New Series
I think I was exactly the sort of child Grizzly Tales was made for (see photo for proof!). As you can see, I once had a full head of hair...this is no longer the case due to the fact that I have worked on every episode of Grizzly Tales For Gruesome Kids that has ever been made. I have lived through every naughty child being squashed and shrunk and eaten and chopped and turned into toys and sent into space never to be seen again and quite frankly it has taken it's toll...but it was worth it, I don't think there has been a more macabre children's series in the history of children's telly, and I was a part of it all! 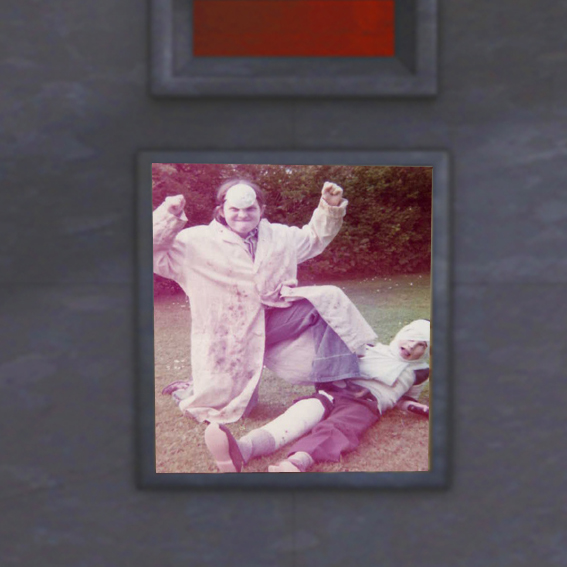 Erica Darby   CGI Producer   The New Series
Here I am, celebrating after having performed some early surgery on my brother. Grizzly Tales made me realise that there are more twisted people than me out there. Even. 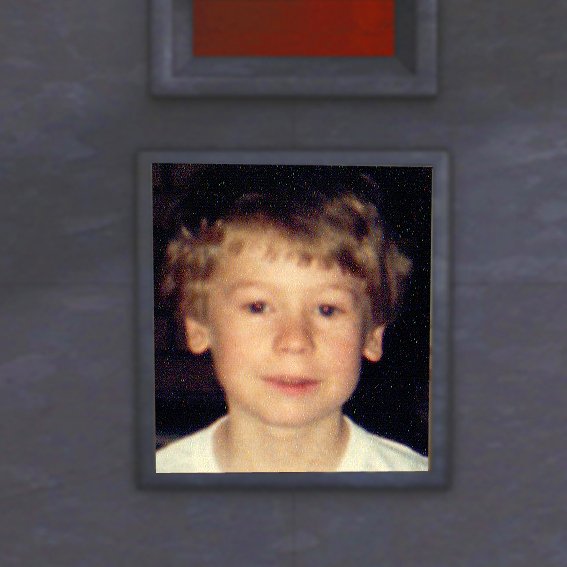 Tom McLaughlin  Background and Character Styling  The New Series
Grizzly Tales is by far and away one of the most original shows on television. I can’t think of any other kids’ series past or present which has such a spiralling body-count; nor one which features so many internal organs; bile being expelled at high velocity nor gangs of marauding pensioners on mobility scooters.
My favourite moment from the new series was the time one of the villains was about to go at a naughty child with a chainsaw, when it was pointed out that there was something deeply wrong with the scene: the said villain should at least be wearing safety goggles. That marvellously sums up the macabre humour and joyful absurdity of Grizzly Tales and I cant wait to see it go to air. 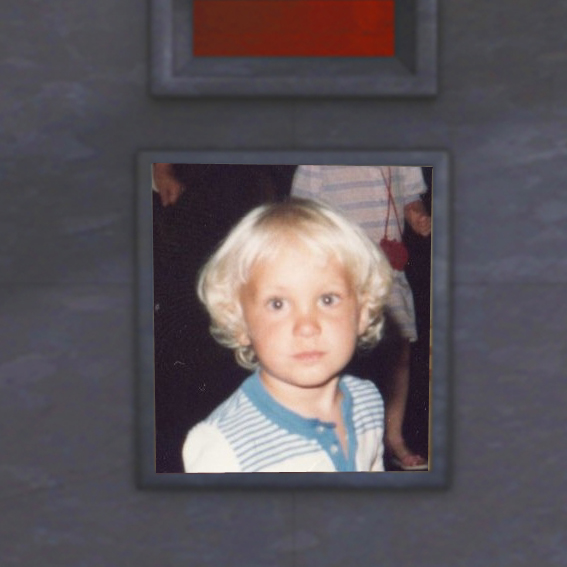 Oli Knowles  Animator  Series 5 & 6  and the New Series
"Although I’ve now worked on four series of Grizzly Tales I still feel like a relative newbie to the show
considering how long its been running. I’ve seen it evolve from its traditional animation roots into the
digital age.
During my time on Grizzly I’ve seen naughty children meet their end in the most hideous ways imaginable,
first in pencil, then in pixels, and now in sparkling high definition. The blood guts and tears never looked so good." 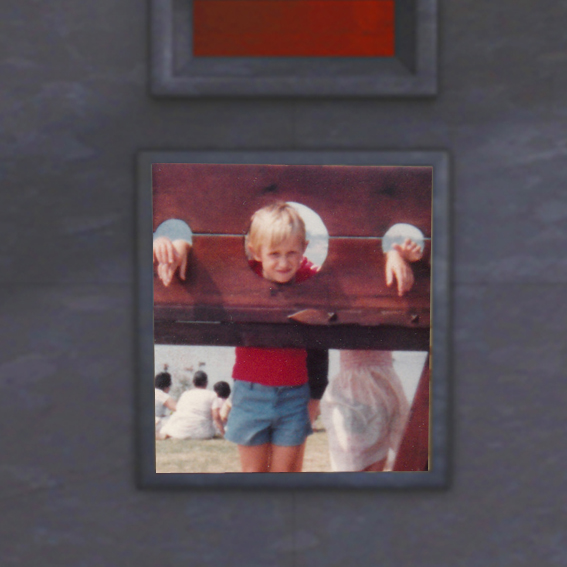 Joe Wood   Animator  The New Series
"I can't believe that in these days of Health, Safety and Political Correctness, Grizzly Tales has not been banned. And thats why I like it."  Joe Wood.
"I'll got six rotten eggs and some squishy tomatoes. I'm not sure what to do with them. Oh look, there's Joe in the stocks!!  Sorted!"  Uncle Grizzly 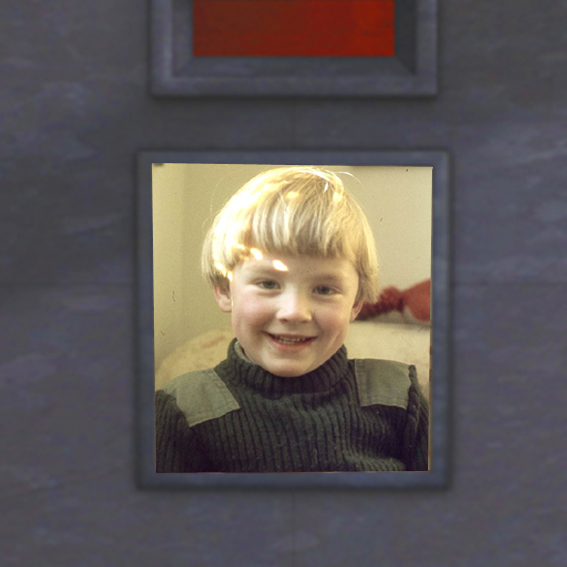 Casey Fulton   Animator   Series  1 & 3
If I hark back to when I first worked on Grizzly, I always come back to a funny memory where I’m sat at my lightbox, on an airy, bright, Summers day, I’m animating a scene where a character gets covered in manure by a muck spreader  and as I look through a large window of the first floor Honeycomb studio, past the high st and church spires, I can see real tractors in the distance ploughing the Devonshire fields. 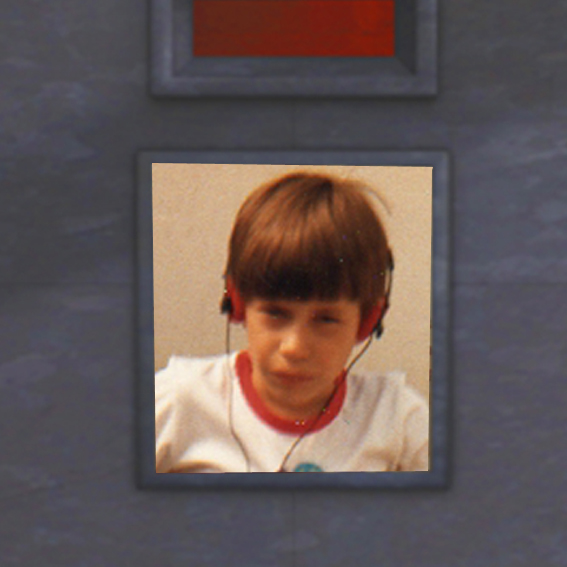 Trevor Philips       Animator       Series 1-3
When asked how I got into animation, I answer "because I watched way too much TV and when I was a boy, an animation studio moved into my village!"  Honeycomb were so generous with their time and when I grew up (a bit) and finished my animation degree, they gave me my 1st job on Grizzly.  Little did I know I would be involved in the turning of children into spaghetti and the cutting out of other lying kids tongues!  There is no better grounding for a career in cartoons.
Can't wait to see the all-new Grizzly's! 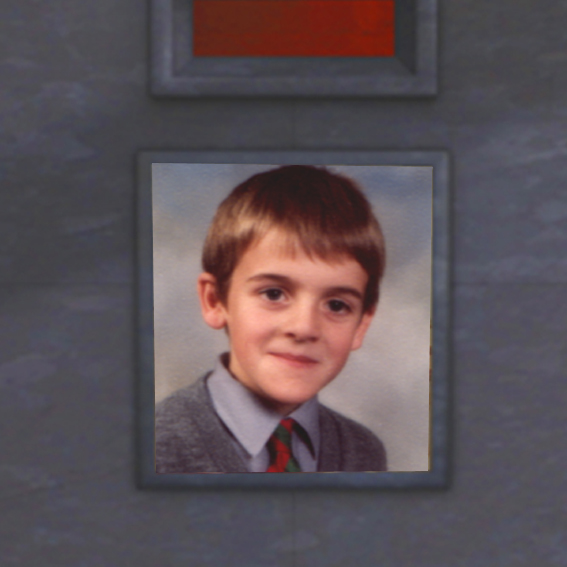 Graham Hayter - Technical Co-ordinator, Animator,  Layouts. Series 1-6 & New Series
"I've always enjoyed working on Grizzly Tales for Gruesome Kids. I started straight out of university on Series 1 and I’m very proud to have worked on every episode since. Seeing it go from traditional 2d drawn animation, which was then scanned and coloured on computer with watercolour backgrounds to a 2D digital cut-out style mixed with traditional 2d drawn animation to the new series which is completely created digitally in Flash. The great thing about working on this show is as every episode is so different that I always look forward to finding out what grizzly fate befell the gruesome kid in question". 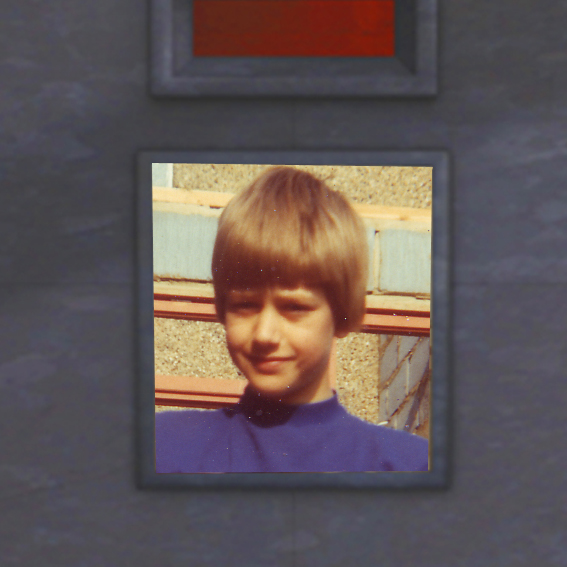 Andy Wyatt   Layout Artist series 1
I remember Grizzly Tales orginally when Jamie Rix the author of the books came into the studio and told us some of the scariest stories. This is before we had shown it to any TV people and we all thought that as long as we could find a broadcaster who didn't mind stories about children being turned into pasta and spiders eating children then it would be a sure hit....and it was!
I think all kids love seeing characters squashed and splatted don't they...I do! (I worked on the OOglies recently, and that had lots of characters getting squashed and having horrific accidents too!!!)
Long live Grizzly Tales!!! and long live characters getting squished!! 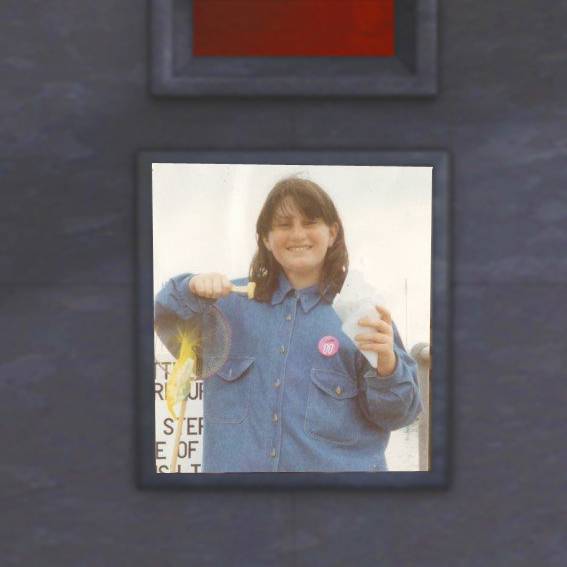 "Having grown up on ‘sweet and lovely’ cartoons which never really sated my bloodlust, working on Grizzly Tales was a dream come true!
I love how the show really pushes the boundaries with it’s content, but can still promote strong morals that children can learn from.

This was my first job in the industry and I learnt so much from it, working with the team was fantastic, and I fondly remembering having conversations about how gruesomely we could ‘off’ the naughty child without being censored!

I now teach Animation to 16 – 19 year olds and when they discover that I have worked on grizzly they always get very excited and always let me know their favourite episodes." 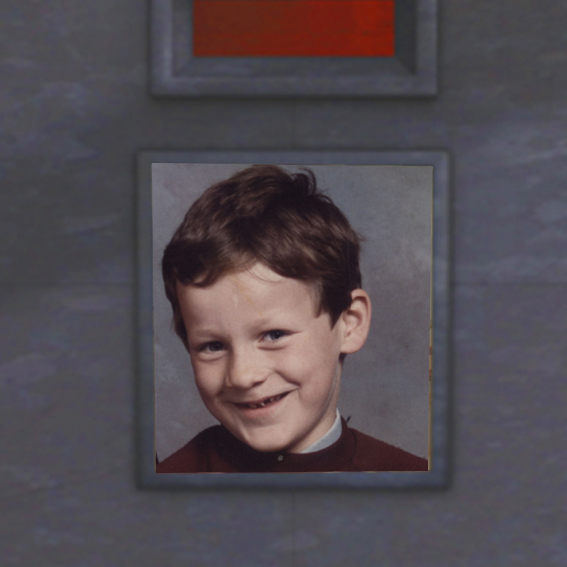 Dan Mitchell   Animator  Series 5 & 6 and the New Series
Grizzly Tales was one of the first shows I ever worked on, from its hand drawn era to the new digital series. It was always nice to get the scene where a child would meet their grizzly end and make it as gruesome as possible!
The stories are fantastic and can remind you of kids you may know, or even yourself! There aren't many shows that put fear into its young audience like Grizzly Tales! 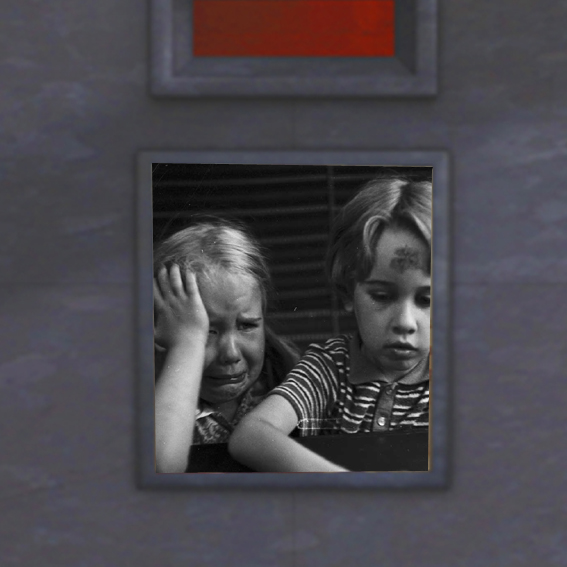 Morgan Francis  GCI Producer  The New Series
here's me having just told my sister she'll never be allowed to watch Grizzly Tales.
She then hit me on the head with a kipper baked in marmalade...didn't hurt.
The show is too good for little sisters.