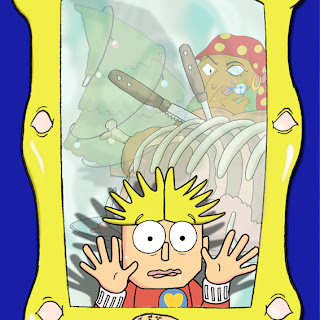 2004 saw a move away from hand drawn  to digital animation. The first Grizzly Tales in the new style was "A Grizzly New Year's Tale".  Following a string of top ten entries in the broadcast kid's charts, this episode reached number 2 on it's third outing in 2006.
Posted by Uncle Grizzly at 01:44