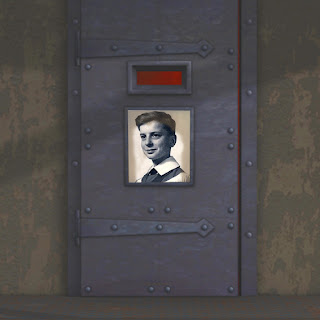 Ed Welch  Music (including all three versions of the Grizzly Theme)
I also remember the cautionary tales of Strewwelpeter. I was bought up on them a hundred years or so ago....my Mother[who was 16 at the time] passed the book under my cell door and said if I didn't pull myself together then someone called Bor would make me compose the music for 7 series of Grizzly Tales! I decided to mend my ways and became an angelic choirboy as you can see ...but still had to write the music anyway which was NOT FAIR!!!!
Ed Welch aged93
Posted by Uncle Grizzly at 01:00