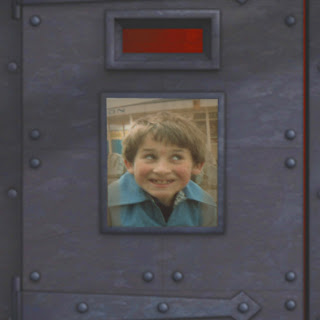 I think I was exactly the sort of child Grizzly Tales was made for (see photo for proof!). As you can see, I once had a full head of hair...this is no longer the case due to the fact that I have worked on every episode of Grizzly Tales For Gruesome Kids that has ever been made. I have lived through every naughty child being squashed and shrunk and eaten and chopped and turned into toys and sent into space never to be seen again and quite frankly it has taken it's toll...but it was worth it, I don't think there has been a more macabre children's series in the history of children's telly, and I was a part of it all!
Posted by Uncle Grizzly at 03:44