The new series sees it's DVD  release in Australia and New Zealand next January, by Shock records on the Time Life label.

Currently listed release date is 4th January 2011 and at the moment, Series 7 and 8 are listed as separate releases. 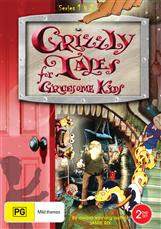