Although Honeycomb Animation's pre school series Binka is no longer being shown on BBC channels, the series continues to run on S4C's preschool block, Cyw.

Completed in 2001, the Series originally ran on CBBC slots on  BBC 1 and 2 before moving to it's digital homes on BBC Choice and later Cbeebies. 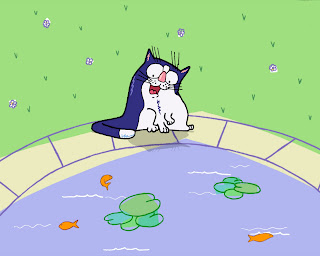 Binca, as he is known in Wales, can be found HERE. English subtitles available

For more Binka trivia, go to binka.co.uk
Posted by Uncle Grizzly at 04:00